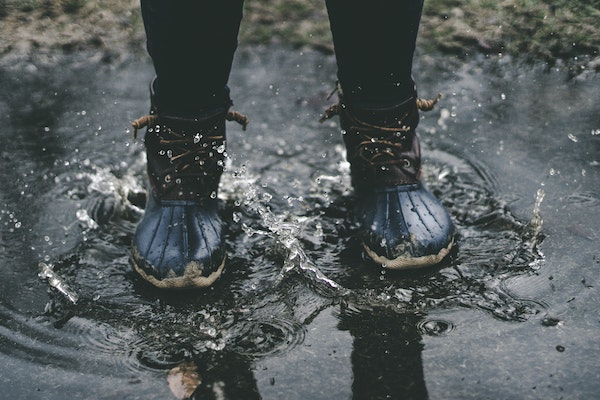 As we look back upon 2021, it was a year characterized by weather extremes – with Western Canada shattering both heat and wet-weather records. Many other countries also experienced what most experts accept as evidence that climate change is already occurring, and that we are experiencing its effects locally and globally. Decision makers designing new infrastructure may be asking themselves if they should apply historically based climate-related design standards when building infrastructure assets with lifecycles that extend decades into the future. Climate change is no longer an abstract problem that can be left to future generations to solve, but is an issue requiring immediate attention.

It is becoming increasingly clear that: past weather is no longer a reliable indicator of what we can expect in the future; and doing nothing in face of climate change is no longer an option. While both mitigation and adaptation actions are becoming accepted as necessary, what is less clear are the steps and pathways that need to be taken, particularly in the emerging practice of assessing climate-related risks and implementing feasible and effective resiliency measures. When planning for new infrastructure, climate change risk affects both the longevity and the resilience of the asset, as well as the cumulative effects to surrounding infrastructure and the natural environment.

This article highlights some of the issues we are likely to face when addressing climate change risks through infrastructure design, with reference to water and the environment.

Concerns over more frequent and extreme weather events and implications for infrastructure design have been rapidly evolving in a world where the global mean temperature is now “only” 1.1°C above the pre-industrial baseline (1850-1900). The recent COP26 meeting in Glasgow, Scotland, set out to limit atmospheric concentrations of carbon dioxide to a level where global mean temperatures would rise no more than another 0.4°C by the end of this century. While some progress was made at COP26, we are on a GHG emissions pathway where a 2.4°C rise in global mean temperature is projected even if all emission reduction targets are met by 2030 and we achieve net-zero carbon dioxide emissions by 2050. This carbon emissions pathway is emerging as the “best case scenario,” noting that in the 2021 IPCC climate science report, the continuation of the “business as usual scenario” pathway would result in average temperatures rising by as much as 3.6°C by 2100.1

In Canada, past and future warming on average is about double the global increase. We expect there will be significant spatial variability in changes in temperature and precipitation across Canada, with greater temperature increases in the north, and more warming in the winter than summer. Under a high-emission scenario, a current 20-year extreme rainfall event could become a 10-year event.2 However, the frequency and severity of more extreme precipitation events are not well captured by Global Climate Models (GCMs), and even Regional Climate Models (RCMs), which likely underestimate the changes in synoptic and convection storm events. Other data sources such as Intensity-Duration-Frequency (IDF) curves are often used to inform stormwater management system design, but their application to future climate change precipitation events is still an evolving and highly uncertain science. Heat domes are creating record breaking maximum temperatures well above what the climate models are projecting, and their cumulative effects—such as heat stress, water shortages, and forest fires—on people, ecosystems, and infrastructure seem to appear more as surprises rather than expected outcomes.

In anticipation of these changes, Infrastructure Canada introduced its Climate Lens General Guidance in 2018 as a standardized framework to assess the impact that infrastructure projects would have on GHG emissions, reflect understanding of how climate change could impact design and construction, and outline alternative mitigation and adaptation measures.

To eligible to receive Federal funding, municipalities and provinces must apply a Climate Lens to new infrastructure projects of $10 million or greater. While government regulations relating to climate resilience do not apply to the private sector, actions in that sector are being driven by financial and investment markets, as illustrated by the growing adoption of the Task Force on Climate-Related Financial Disclosures (TCFD) and Environmental, Social, and Governance (ESG) reporting. To attract investment capital, private sector firms are expected to not only outline their transitional risks to achieving net zero carbon and how they could be impacted by the physical risks expected with climate change, but also how they plan to address these risks through mitigation, adaptation, and resilience measures.

Planning and designing for climate resiliency

Designing climate-resilient infrastructure is an emerging and complex challenge that requires:

Success will require having access to scientifically reliable climate and environmental monitoring data, routinely comparing existing climate-related standards to future climate projections, and applying an adaptive management approach to discern climate-related effects within the broader scope of cumulative effects. Canada’s infrastructure leaders require a climate risk assessment framework to determine the critical thresholds upon which assets are compromised, the extent of the hazard, the probability of occurrence, and what additional adaptation and resiliency measures need to be considered.

When considering the environment and water in infrastructure design, high level climate data may not be sufficient when assessing risk at a local micro level. Selecting a carbon emissions scenario, using an ensemble of GCM or RCM outputs, and considering the right climate parameters and critical thresholds is only part of the challenge. Estimating the increase in total annual precipitation or the number of wet days above a rainfall threshold may only yield conceptual insights on climate adaptation requirements and may not capture the actual increase in climate-related risks. By extension, expert guidance is likely needed to translate increases in temperature and precipitation and their impacts on natural assets, hydrology and hydraulics for stormwater management systems, and flood exposure of people, infrastructure, and buildings. Changes in seasonal stream flows, erosion of embankments, water quantity and quality, aquatic and terrestrial health, etc., are additional considerations, as are their cumulative effects upon biodiversity, species at risk, the migration of fauna and flora, and the proliferation of invasive species.

Potential adaptation and resilience solutions are numerous and may involve conventional infrastructure solutions (e.g., stormwater management ponds), or involve green infrastructure, or low impact development solutions (e.g., rain gardens) to buffer the impacts of less extreme but more frequent events. There is a growing trend towards considering nature-based solutions that incorporate or enhance natural assets such as wetlands or floodplains. Regardless, if a solution involves conventional or green infrastructure or nature-based solutions, the decision to increase the design standard of new infrastructure should be subject to financial analysis, from which the application of various metrics can help evaluate performance. These metrics include net present value, return on investment, and benefit-cost ratios, among others, to evaluate the financial costs against long-term benefits.

Climate projections on future rainfall share one common trait: uncertainty. While there is sufficient agreement between models that establish bounds on future temperature and the range of extremes that could be expected, current climate models do not deliver the temporal precision, nor do they reflect the local meteorological processes that would help us revise design standards for developing water-related infrastructure. This range of uncertainty presents a challenge for water resources and environmental practitioners to produce reliable estimates of future climates needed to evaluate the efficacy of alternative climate risk resilience measures. While this uncertainty exists, it need not be an obstacle when evaluating the resilience of new and future infrastructure to future climate.

Rainfall IDF curves are developed primarily from historical rainfall events and are graphical representations of the probability that a given average rainfall intensity will occur at a specific geographic location within a given period of time. IDF curves play an important role in water resources engineering and are used extensively in the design of urban drainage systems. They are inherently risk-based, and when used to design infrastructure, assume that the probability of future rainfall events will be the same as historical events.

Climate scientists generally agree that higher temperatures will increase the future risk of extreme rainfall events and have developed several techniques to address the shortcomings of the current climate models to create future climate IDF curves. Figure 2 illustrates an historical 10-year design IDF curve for an Ontario municipality within an envelope of plausible future values, established from an ensemble of four RCMs. This ensemble of future values includes projected rainfall intensities that fall above and below historical values. However, given the limitations of the current RCMs, the authors would argue that the high range of the future ensemble, which is 30-40 per cent greater than the municipality’s current design standard, could be adopted when designing for future climate resilience. While the process followed to establish these IDF curves from RCMs introduces several layers of uncertainty, providing for an incremental margin of rainfall intensity is consistent with the generally accepted approach of introducing factors of safety into engineering design.

Uncertainties surrounding future climate add to the risk that new infrastructure will fail to perform according to today’s design standards. The engineering design process is founded on risk-based principles that introduce multiple factors of safety to ensure that new infrastructure ages according to its desired lifetime. Incorporating climate risks into the infrastructure asset design and management approach is possible in the face of future climate uncertainty. IDF curves are only one of the many design tools used by water resources and environmental engineering and science practitioners when designing or evaluating water infrastructure. Approached properly, the output from existing regional climate models can be used to test the resilience of new infrastructure, our watersheds, and green infrastructure with the many types of design tools and computer models used in the industry.

Dr. Quentin Chiotti, is Practice Lead of Climate Risk and Resilience. David Van Vliet, is Vice President of Technical Excellence and Innovation. Both are with Matrix Solutions Inc., one of Canada’s leading environmental and water resources consulting firms.