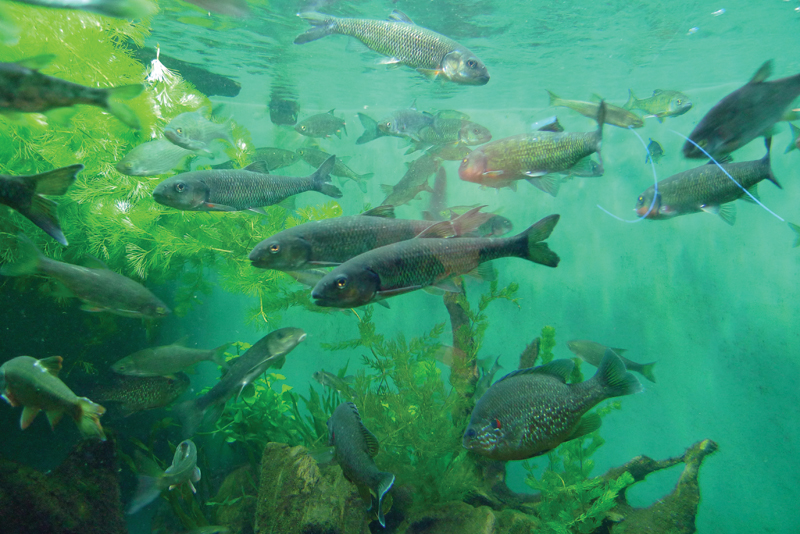 Environmental groups are testing the litigation waters in British Columbia to challenge government actions that put the marine environment at risk.

Right now, British Columbia is a hotbed for environmental issues, with private companies interested in using the province’s waterways as part of their operations, including fracking and natural gas businesses.

While there are environmental laws that provide protection for Canada’s waterways and marine life, some question how effective the legislation is.

“It’s frustrating to have legislation on the books, which the various levels of government ignore or interpret in a manner different than what was represented to the populace when proclaimed,” Maureen Bell, a Calgary environmental lawyer, said. “In such cases, the politicians get full points for creating the legislation, but if it languishes on the shelf or is perverted in its application, it isn’t much good.”

Margot Venton, a staff lawyer at Ecojustice, said that people have been using the courts to try to protect the marine environment since the 1980s, when the rules changed to allow public interest parties standing, or the ability to become involved in environmental cases and bring lawsuits.

“I think right now, in the British Columbia coast, there’s a lot of tension over how we will develop resources and what we are willing to risk in the development of these resources,” Venton said. “Some of the potential resource uses, like pipelines or fish farms or whatever it is, are really placing these issues front and centre in people’s minds, and we’re realizing that the threat is becoming really obvious.”

Ecojustice is currently challenging the British Columbia Oil and Gas Commission’s decision to issue short-term water approvals to fracking companies, arguing that the companies should have to go through the more stringent process of bringing water-license applications.

Ecojustice staff lawyer Randy Christensen said short-term water approvals, which are usually good for two years, are being renewed by the same company five or six times. He said Ecojustice wants the companies that use water for fracking purposes to go into the water-licensing process, where the government would then assess the impact of the water withdrawals more carefully and look at the cumulative impacts of many water withdrawals in one area.

“Our concern right now is that there are really two different routes of getting the water. One has minimal oversight and one has more robust oversight,” Christensen said.

He added that the cumulative impact of the fracking operations could affect water flow conditions in certain areas and fluctuations in water flow could affect the life cycles of fish in rivers and streams. This could possibly result in shortages at certain times of the year that would affect other people’s water use.

“These are all the kinds of things that need to go through the licensing process so that you have studies and assessments, and you know the impact of what those uses could be,” Christensen said.

Fracking operations aren’t the only concern for Ecojustice. In another case, Ecojustice alleges diseased farmed Atlantic salmon have been unlawfully transferred into an open-pen fish farm, where the diseased fish would share water with wild fish. The claim is that Fisheries and Oceans Canada has unlawfully given a private company the power to decide whether to transfer the diseased salmon.

Venton said decisions about the risks associated with the transfer of diseased fish should be made by the government, not private companies.

“It’s more appropriate for the government to make the call about that risk than it is for a private individual or private company running a farm to make that call,” she said, arguing that the law doesn’t allow anyone to put fish that may carry a diseased agent into the ocean because this could potentially harm the conservation and protection of fish in the ocean.

“I think there is a general trend, in particular in the federal government, to get out of the business of governing,” she said, adding that this is her personal opinion. “There’s also a trend in Canada toward deregulation and toward handing more and more power and decision making to the companies, with less and less oversight. You see that in British Columbia.”

Kirsten Ruecker, a communications advisor at Fisheries and Oceans’ office in the Pacific Region, wrote in an email that the government was unable to comment on the fracking and salmon cases as these matters are currently before the courts.

The fracking case does not have a hearing date yet. The salmon-farming case is scheduled for a hearing on June 9.  WC

Siobhan McClelland is a former lawyer now working as a freelance journalist and the new media editor at Canadian Geographic. She has written for several law publications on a variety of topics. This article appears in Water Canada’s March/April 2014 issue.