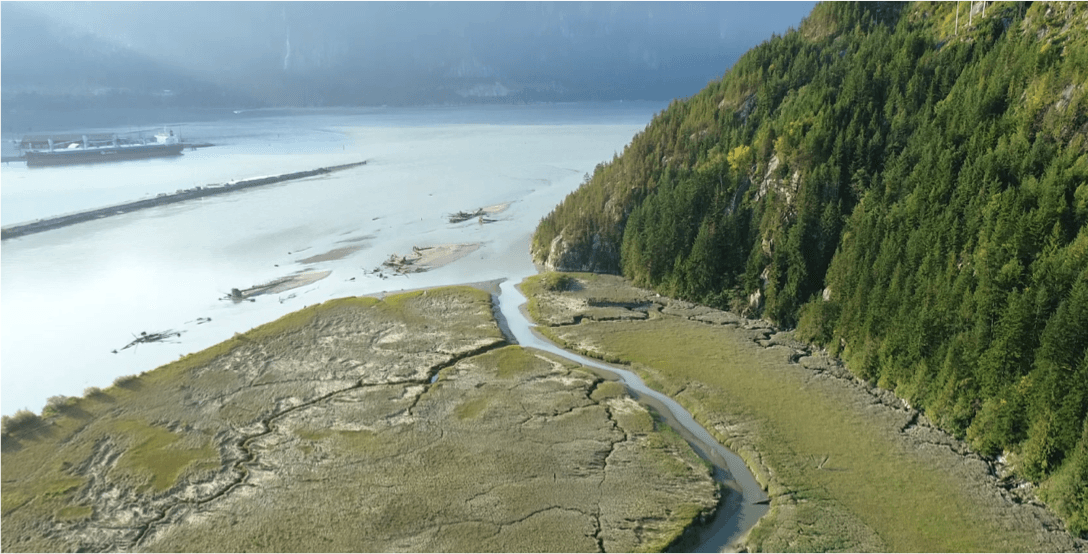 Understanding and deriving value from environmental data is an ongoing challenge for watershed managers and regulators. In an era where the demand for community engagement in environmental decision-making is on the rise, finding tools to effectively decipher data is increasingly important. In response to these demands, the market of innovative data visualization and sharing tools is growing rapidly.

If you were to attend a typical townhall meeting for a mining project, you would see stacks of maps and complex diagrams depicting the landscape before mine construction, during mine operation, and following mine closure and reclamation. Mining companies and their hired consultants need to convey massive amounts of data, which can be overwhelming and unintuitive for stakeholders and decision-makers.

A 3D topographical map may appear on a boardroom table, allowing the user to pan and zoom as needed, or the room may transform into an underground mine or a reclaimed landscape. Engineering designs can be experienced in an immersive and tangible form.

“About 2 years ago, BGC was looking at different technologies to help communicate complicated designs, often located in remote areas or underground or underwater, to different stakeholders,” said Matthew Lato, senior geotechnical engineer at BGC and one of the Ada project leads. “We were interested in this tool, because it brought our projects to life.”

Developed as a prototype in 2016 through a partnership with Microsoft, Ada can now be used to bring any elevation-based map data onto the HoloLens platform in a matter of hours. BGC believes this software will eventually become a standard part of their workflow. Internally, BGC is interested in using Ada to equip engineers and geoscientists to see data in 3D and check their designs and model outputs. “This will become part of how we do engineering.”

The Ada Platform is currently in use on a project with Indigenous and Northern Affairs Canada on closure planning for Yellowknife’s Giant Mine, one of Canada’s largest contaminated sites. To support this process, BGC developed HoloLens models of the underground mine and the proposed remediation, which could then be displayed in community forums. The models were presented to various stakeholders and received positive feedback and high engagement. “A comment we’ve heard over and over again from stakeholders is, ‘I get it now.’”

Another common communications challenge in natural resource consultations is that environmental sites are remote and cannot be easily accessed by stakeholders and the public. Drone survey technology is changing that.

Nathan Vadeboncoeur is the president and founder of Smart Shores, a company that uses drones to collect environmental spatial data and turn it into a range of visual and virtual products. Aerial surveys support a range of applications, including ecological monitoring, assessment, and management; flood risk assessment and protective works planning; storm impact assessment; and shoreline change monitoring. “You can connect people emotionally to an area,” said Vadeboncoeur. “With drone data, it’s possible to go beyond building traditional GIS datasets and create engaging models, landscapes, and futures.”

He explained that drone data can provide a wealth of information, but small companies and non-profits are often limited in being able to make use of the information, due to a lack of analytical capacity. “More data creates more work for people who don’t have enough time. So we started creating processes to digitize data that are very time-consuming for GIS professionals, things like counting logs and trees and assessing sediment. The goal is to help people get more value out of their data.”

Smart Shores is currently working on a tool that will enable stakeholders and decision-makers to walk through and learn about a site in a web-based application. “We can create a really nice immersive interface to make it look like you’re playing a video game while you’re looking at flood data.” Coupled with remote data acquisition, these products allow users to experience landscapes and explore their curiosity from any location.

Good data on its own is not enough to support decision-making. Data must be stored and shared in a form that is accessible and relevant to users. A range of data platforms has emerged to serve this purpose, including the B.C. and Alberta Water Tools, created by environmental data firm Foundry Spatial. “Our core philosophy is that data should be free, open, and available for anyone who wants to use it,” said Ben Kerr, Foundry Spatial CEO and senior water scientist.

Foundry’s involvement in this space began with the emergence of elevated water demands in northeastern B.C. due to hydraulic fracturing. This created a challenge for water managers and regulators who had to make sense of the limited water data that was available. Foundry launched the NorthEast Water Tool in 2010 to aggregate and share data on surface water supply, demand, and environmental needs for the region, which laid the foundation for similar platforms across B.C., Alberta, and California.

At present, the BC Water Tool offers 75 per cent geographic coverage for the province. In Alberta, the tool offers 20 per cent coverage and there are plans for its expansion. Funding is provided by the provincial government in B.C. and by industry and NGOs in Alberta, with both tools free and open for anyone to use. Foundry is also collaborating with University of Victoria researcher Tom Gleeson to integrate groundwater into all of its platforms.

“The goal is eventually to have these tools available across North America so water managers and users, as well as people concerned about water sustainability, can understand supply and demand in the context that’s relevant to them,” said Kerr. “We want to help people move toward a more sustainable water future.”