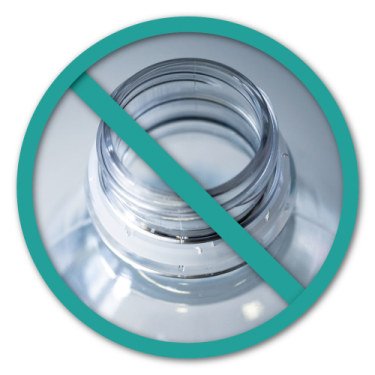 On August 19, London, Ont. became the first Canadian municipality to eliminate the purchase and sale of single-use bottled water at a number of city-owned facilities.

In the past year, several major U.S. cities, including Minneapolis, Ann Arbor, Seattle, Los Angeles and Chicago, have taken the plunge and placed bans or restrictions on using public money to buy bottled water. In June 2007, San Francisco mayor Gavin Newsom issued an executive order that prohibits any city department or agency purchasing single-serve bottles of water using city funds. In addition, all city departments and agencies occupying either city or rental properties must determine the viability of switching from bottled water dispensers to bottle-less water dispensers.

London’s phased-in ban took effect September 1 at its city hall and Market Tower, and will be extended by the end of next year to other city-owned buildings and facilities — including parks and golf courses — once an adequate supply of water fountains is provided.

“The key criterion is that if it’s a building with easily-accessible water, bottled water will not be sold. Where we can’t provide that, bottled water is an excellent alternative,” says Jay Stanford, London’s director of environmental programs and solid waste.

In London’s wake, a handful of Canadian cities, including Ottawa, Kitchener, Niagara Falls and Toronto, are debating bans of varying degrees, citing a number of concerns.

Saint John, N.B., is also vying to be the next to implement a bottled water ban. In addition to alleviating landfills, the city’s mayor, Ivan Court, wants to remove the “fear factor” surrounding Saint John’s municipal water: “We have to get this notion out there that we have safe drinking water,” he told the Telegraph-Journal. “There is no guarantee that the water you’re buying in a bottle is any better than what comes from the tap.”

But Court’s critics are responding in favour of the bottle, pointing out that Saint John’s resources may not be as safe as he thinks. In the last year the city has issued three boil water orders (two regarding turbidity, one due to a faulty pipe). After such a turbulent year, it may take more than a bottled water ban to convince citizens that tap water is safe water.

Even so, the bottled water industry says it isn’t competing with tap water. “We have no issue with [municipalities] promoting the safety of municipal water,” says Elizabeth Griswold, executive director of the Canadian Bottled Water Association (CBWA). “This is not a tap water versus bottled water debate.”

Instead, the CBWA pits bottled water against other bottled options: Griswold mentions a 2006 ACNielson Homescan survey that indicates 90 per cent of people who turn to bottled water have done so in place of other beverages. “Bottled water is a healthy beverage with no calories, no sugar, and no colour. It is a healthy alternative: people should drink more water, whether from a bottle or a tap,” says Griswold.

Promoting a healthy community is another issue in the midst of the debate. Despite advocating healthy water from any source, Griswold does say that banning bottled water will send the wrong message. “The public will turn to a potentially unhealthy beverage.”

It isn’t the water that’s the problem, argues Peter Bozzo of Nimbus Water Systems — it’s the bottles. Due to the fact that plastics are manufactured using chemicals from the petroleum industry, says Bozzo, “there are obvious health concerns attached to the use of plastics,” he says.

One such concern may be unfounded: the fear surrounding inclusion of bisphenol A (BPA) in the plastics used to make bottled water. In the last issue of Canadian Water Treatment, an article by Chad Born about BPAs prompted an uprising from the bottled water industry-including a letter forwarded by Griswold from Health Minister Tony Clement dated July 25, 2008 that states that polycarbonate bottles with BPA do not pose a risk to the general population.

But, from calculations based on emissions factors (such as production, transportation, etc.) London officials say producing bottled water creates about 150 times as much greenhouse gas emissions as tap water. It takes a large amount of energy to transport bottled water, not to mention manufacturing the bottles themselves. “It’s not a life-cycle analysis,” says Stanford, “but there’s a significant gap. We believe it’s even higher than 150 times; it could be between 250-350 times more greenhouse gas emissions.”

But the entire bottled water industry counts for one-fifth of one per cent of the plastic that enters landfills, says Griswold. “As an industry we’re prepared to do our part to remove plastics from landfills. We are reducing the amount of plastic [in single-use bottled water packaging] by 30 to 40 per cent. And the larger cooler bottles are reusable,” she notes.

Prior to London’s decision, Nestlé Waters Canada — which produces and distributes 35 per cent of the bottled water sold in Canada — issued a news release that opposed the possible ban and, working with its industry partners, proposed to pilot a public spaces recycling program in London that would collect plastic beverage containers and other recyclable materials in parks, recreational facilities, restaurants, gas stations and city streets.

But the city councillors refused to budge — despite the offer, only three voters opposed the ban.

“As an industry we offered to assist them in improving recycling,” said Griswold. “They chose to go a different route: to ban only bottled water instead of trying to improve recycling.”

The municipal ban trend will not have an effect, says Griswold. “People will bring their own bottled water or turn to other beverages. There will still be the same amount of plastic from other beverages.”

Peter Bozzo disagrees. “It’s not a short-term trend. The bans will continue because of the environmental impact of plastics. Regardless of the size of impact, there are few people who believe it’s a bad thing.”

On a larger scale, society has a moral obligation to find better, less harmful ways of living, says Bozzo. “Plastics, paper, pollution — I think we need to assess our entire lifestyles,” he says. “It’ll take major shifts to fix the environmental problems that face us today and tomorrow.”