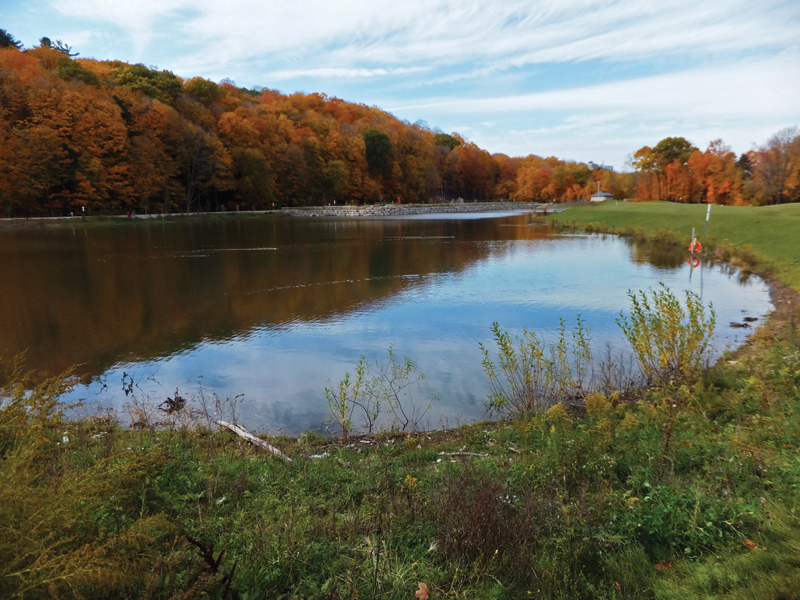 If a pipe bursts underground, does it still show up on your bill? Thanks in part to inattention and years of relatively cheap water rates, municipal water utilities are facing burgeoning costs associated with improving and maintaining infrastructure. Saul Chernos looks at how five utilities are trying to achieve long-term, equitable financing strategies.

When Halifax Water took over the Halifax Regional Municipality’s wastewater and stormwater services in 2007, they were underfunded and in poor condition. Rates didn’t even come close to covering the full cost of maintaining and upgrading the newly acquired infrastructure. However, a 30-year plan, with $2.6 billion in projected investments, stands to fix more than a few leaky pipes.

That’s a lot of money for a mid-size utility and municipality, but the Nova Scotia Utility and Review Board has approved rate hikes that have seen the average household water bill jump from $607 to $683 annually, a $76 increase over three years.

Halifax Water spokesperson James Campbell says the regulator expects the utility to achieve full-cost recovery and asset management for all three services. “We’re not allowed to operate in a deficit, by regulation, but we have been, and we need to replace that deteriorating infrastructure and start recovering the full cost. The only way to do that is through the rates.”

Having recognized that sudden, sharp rate increases can put pressure on the region’s most vulnerable citizens, Halifax Water launched the H2O-Help To Others Water Assistance Fund in 2011 to offer subsidies to low-income households. The Salvation Army administers H2O, which offers customers up to $200 over a 24-month period.

“We thought it a prudent thing to put into place,” Campbell says. “These are necessary services, but there’s a cost to operating, and some folks who are on the margins would have a hard time absorbing some of these increases.”

When Toronto city council approved the 2014 budget in December, it marked the ninth year in a row that water rates climbed by nine per cent.

Commitment by city politicians to a 10-year plan to generate capital for asset renewal and management has helped engineer the reversal of a backlog cost that peaked at $1.8 billion. It is now down to $1.6 billion.

“We put that plan in front of council saying we needed to raise rates to get there, and we needed time to get our capital delivery mechanisms going,” Toronto Water general manager Lou  Di Gironimo says, describing a phased-in approach. Once unable to keep up with the rate of infrastructure deterioration, Di Gironimo says the city has shifted focus, spending more money every year on replacement.

Toronto Water has proceeded thus far while remaining debt-free. The utility even offers a 30 per cent discount to seniors and low-income earners, and large-volume industrial users can access that same discount if they incorporate water efficiency measures while meeting sewer bylaws.

However, as Toronto Water continues to work toward full-cost accounting, the city is considering options like rate increases, debenture financing, and adapting the rate structure to trigger a separate, identifiable charge for stormwater services.

The question, Di Gironimo says, boils down to one fundamental point: “How fast do we want to make progress?”

Rates in the City of Calgary are designed with asset management and full-cost recovery in mind.

“We’re heading into a four-year business planning and budget cycle, from 2015 to 2018, and that provides an opportunity to review and prepare our rate and ensure we’re looking at financial sustainability, customer fairness and equity, and management of our natural resource,” says Kathy Davies Murphy, manager of strategic services with the city’s water resources department.

She points out the city is younger than its Canadian counterparts, so its infrastructure is in relatively good shape. Still, maintenance is needed and the city is growing, and prices for electricity and natural gas to operate water plants and other facilities have been rising. So Calgary turns to water bills, levies for new development, and other sources beyond the municipal tax base to recoup costs.

“We conduct regular cost-of-service studies on our infrastructure and services to evaluate our revenue needs and ensure our rates are fair and equitable,” Davies Murphy says. “And we follow a user-pay philosophy. A customer’s monthly utility bill reflects the services they’ve received for water and wastewater. The more you use, the more you pay.”

Stormwater is in the mix too—reflected in a flat fee for every customer.

And while Calgary does not offer subsidies, it is close to having all residential properties metered. “Only a small segment of customers pay our flat rate,” Davies Murphy says. “A metered account means customers have numerous opportunities to implement water conservation measures and they can reduce their bills through their own behaviour.”

The City of Montreal stands apart from most Canadian municipalities in that residents pay for water, wastewater, and stormwater services through property taxes. The city doesn’t offer subsidies, and metered rates apply only in a few boroughs.

Hervé Logé, who heads the city’s sustainable water management division, says any decision to harmonize the system rests with local politicians. However, with local elections held this past fall, many of them are just coming to grips with the fact the department has an accumulated maintenance deficit of $1.6 billion and infrastructure that’s aging and decaying.

Annual revenue increases of about nine per cent are needed, he says. Yet, in the 2014 budget ratified in January, councillors cut water department expenditures by about $27.7 million.

Logé is quick to point out that water-related services are more than just what flows from the tap. He estimates variable costs represent just 10 per cent of department costs. The rest is fixed-cost infrastructure to give access to water services.

To illustrate his point, Logé points to office towers. They’re low-volume water users—kitchens and toilets, mainly. But if their occupants hope to have any kind of meaningful fire protection, especially on the upper floors, they’re absolutely dependent on reliable pipes and other equipment designed to handle the required demand.

“The question the politicians need to figure out,” Logé says, “is how we distribute these costs among stakeholders.”

The City of Yellowknife has a population of approximately 18,000 and a water-wastewater infrastructure deficit of roughly $50 million.

One big-ticket item, underway since the 1980s, has been replacing legacy corrugated metal sewer pipes with ductile iron. “It was supposed to be a 10-year program, but the more we uncovered, the bigger the program got,” says Chris Greencorn, director of public works and engineering.

The city accelerated the work in 2012, doubling the cost to $5 million annually, and Greencorn anticipates completion in five years.

The city is also building a new water treatment plant to meet new federal drinking water standards implemented by the territorial government. At $28 million, it’s not included in the infrastructure deficit.

Costs for these projects are largely borne through water bills, general revenues, and gas tax funding.

There are no subsidies, but residents can tap into the city’s Service Connection Failure Assistance Fund. For a $10 monthly levy and a $1,000 deductible, they’re covered if a pipe bursts on their property.

While most buildings are connected to municipal infrastructure, some outlying areas rely on trucked service, with water delivered and sewage removed twice weekly. “It would be cost prohibitive to get pipes out there,” Greencorn says.

Still, rates remain uniform. “It costs more to run trucked water, but we believe it doesn’t matter where you live in Yellowknife—people should pay the same rate.”

So what happens when the big-ticket items are completed? As with other communities, even the newer infrastructure is beginning to show its age.