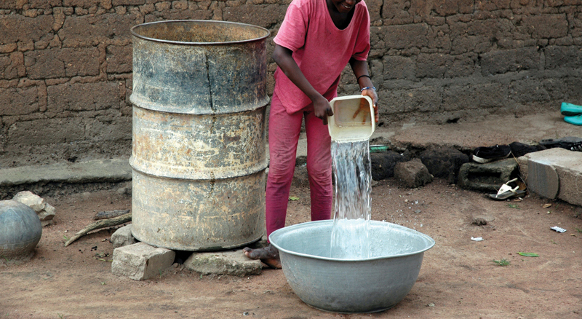 On July 28, 2010, the United Nations General Assembly, noting that “approximately 884 million people lack access to safe drinking water and that more than 2.6 billion do not have access to basic sanitation,” adopted a resolution recognizing water as a human right.

The resolution declaring “the right to safe and clean drinking water and sanitation as a human right that is essential for the full enjoyment of life and all human rights” was adopted by a vote of 122 to 0, with 41 countries, including Canada and the United States, abstaining.

Canada had in recent years been an active opponent of efforts to enshrine water as a human right, apparently due to fears that this could open the door to claims on Canada’s vast freshwater resources from drier parts of the world such as the southern United States. This had attracted a good deal of criticism. In a letter to the New York Times a few weeks before the UN vote, former Soviet leader Mikhail Gorbachev wrote, “The United States and Canada are among the very few that have not formally embraced the right to safe water. Their continued reluctance to officially recognize the right to water should be questioned, not least by their own citizens.”

The concept of water as a right is a matter of disagreement. It would appear that the General Assembly delegates themselves saw the resolution in different ways. Some delegates stated the right to water is merely an aspect of the broader right to a decent standard of living which they say has already been recognized under international law, while others saw the resolution as a historic moment.

As a matter of international law, declarations of the General Assembly such as this are not binding on member states and, unlike international treaties, create no enforceable legal obligations between states or on the part of states to their citizens. This declaration does not create a freestanding basis for a legal claim by, say, the United States against Canada for access to Canadian freshwater, or by a First Nation against the Canadian government for clean drinking water.

However, UN declarations can have important symbolic value, and may sometimes be seen by scholars and judges as evidence of international consensus on a particular issue. In this respect the declaration on the right to water might be invoked to support a water-related legal claim that is based on a recognized source of law, such as an international trade treaty or the domestic law of torts.

Champions of the right to water will press on with their efforts to achieve greater legal recognition for the right in international and domestic law. But it is uncertain what that would actually mean in practice. The notion of socioeconomic rights is foreign to the Canadian constitutional scheme. The right to water is conceptually different from the right to vote or the right to freedom of speech. Water, unlike votes or words, is a scarce resource—one person’s claim to part of the resource has implications for all other claims. Enshrining water as a right means that judges may have the ultimate say over how water resources are allocated.

The experience of South Africa is instructive. South Africa is one of the few countries that have enshrined the right to water in their constitutions. Last October an interesting case was decided by the country’s highest court. Mazibuko v. City of Johannesburg was a claim by residents of Soweto, a poor part of Johannesburg, against the City for failing to provide enough water free of charge. The issue was whether the City’s policy to supply 25 litres of free water per person per day was in conflict with the constitutional right to have access to sufficient water. The trial court said yes, and found that 50 litres per day was required. On appeal this was varied, with the court determining that only 42 litres was necessary. Finally, on a further appeal, the Constitutional Court ruled that the City’s policy was reasonable, and that policy decisions of this sort deserve a high degree of deference: “Courts are ill-placed to make these assessments for both institutional and democratic reasons.”

The Mazibuko decision may provide a glimpse of what it would mean in practice if the right to water were affirmed in Canadian and international law. No doubt some people will find it exhilarating that they could use lawsuits to hold government to account for its decisions on a matter so fundamental to life and dignity as water, while others will find it terrifying that judges could second-guess the decisions of elected politicians on how this scarce resource should be allocated. In any event, we are not there yet, although the UN declaration may have been one small step in that direction.  WC