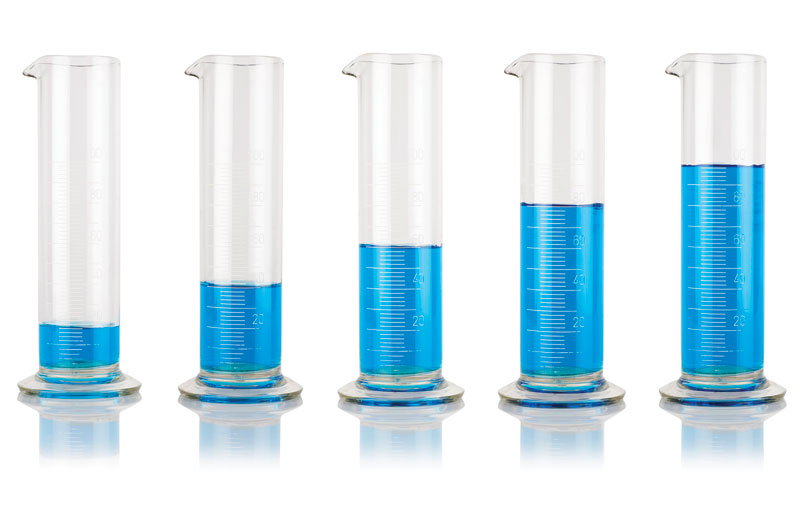 Winter was at full throttle in 1993 when Colleen Cooney opened her daily newspaper and learned the City of Orillia closed one of its wells after tests revealed high levels of tetrachloroethylene. The degreasing agent—also known as perchloroethylene, PCE, and perc—was common in automotive, metalworking, and dry-cleaning operations yet was becoming increasingly recognized as carcinogenic and harmful to the central nervous system. Scientists were already on the case and, by the 1970s, were correlating contamination in Woburn, Massachusetts with a spike in childhood leukemia and other illnesses. So when Orillia officials preemptively shut the well so adjustments could be made, Cooney reflected on her own brush with cancer a decade earlier and decided to investigate the colourless chlorocarbon and its impact on human and environmental health.

Dispatching inquiries to multiple government agencies, Cooney noticed something that troubled her: guidelines for permissible levels varied from regulator to regulator. Health Canada didn’t have a level of its own for perc at the time, relying instead on the U.S. Environmental Protection Agency (EPA) regulatory standard of 5 parts per billion (ppb) in drinking water, while other agencies maintained more relaxed standards. With Orillia’s concentrations well in excess, Cooney tracked the numbers. She learned Health and Welfare Canada, as the department was then known, had only the previous year issued a “guidance value” of 65 ppb in response to several instances of contamination, yet the EPA was alarmed enough about perc as a potential carcinogen that it believed its goal should be zero concentration.

Orillia now has air strippers in place to avoid a repeat occurrence, but this isn’t a story about perc—it’s about how governments decide what concentrations should be permitted in drinking water. Cooney’s venture to understand tetrachloroethylene, and her subsequent entanglement with assorted and sundry guidelines and standards, wasn’t an isolated experience, and she expressed disillusionment with “a numbers game” where officials “are not out to protect peoples’ health, they’re out to protect the status quo.” Ultimately, the setting of numbers is a complicated, bureaucratic affair influenced, not only by science, but also by realpolitik, where assorted considerations have a seat at the table.

The U.S. Safe Drinking Water Act, passed in 1974, now governs more than 90 substances. Eric Burneson, the EPA’s director of drinking water standards, said the agency’s limit of 5 ppb for perc—which works out to 5 micrograms per litre—dates back to 1991, two years prior to the Orillia incident, and remains in effect to this day.

Delve into the level-setting process, however, and the complexities begin to emerge. The EPA, in fact, maintains two sets of numbers. The standard that limits perc at 5 ppb is a maximum contaminant level and carries full regulatory clout. A public utility exceeding allowed concentrations could potentially be ordered into compliance or, in some cases, even fined. But the agency also maintains maximum contaminant level goals. Unlike standards, goals are unenforced targets—a wish list of sorts. Burneson said the EPA’s goal for perc has been zero since 1991 because the chemical is classified as carcinogenic and no level of exposure is considered entirely free of risk.

Goals are almost purely based on the interpretation of scientific health data, whereas standards are subject to additional pressures. For instance, compliance with a number depends on the availability of accurate measurement tools. “We refer to that as analytical feasibility—the lowest level to which you can reliably predict the actual concentration of the contaminant in the water,” Burneson explained. He said methods for detecting perc at minute concentrations have improved considerably in recent years, and the EPA will likely acknowledge this if and when a standards review announced in 2010 for perc and other volatile organic compounds actually happens.

Competing interests also influence standards. Environmental activists, industry lobbyists, and anyone else can potentially influence the outcome through a public comment process. “Whenever anybody, be they industry or a consumer group, gives us new science we hadn’t previously considered, we obviously have to take some time to evaluate that and then make a judgment about whether or not this represents the best available science for purposes of setting the standard,” Burneson said, adding that the science in this case extends to the efficacy of treatment systems. Asked if economic impacts are ever weighed against toxicological data, Burneson said the Safe Drinking Water Act requires a cost-benefit analysis, and EPA administrator Gina McCarthy has discretion to raise the level to one where the health risk reduction benefits are maximized at a cost justified by the benefits.

“Sometimes the decisions are quite difficult”

North of the border, Health Canada is less forthcoming. Citing the lack of a “media-trained spokesperson on the topic,” media relations officer Sara Lauer turned down an interview request and instead replied to a set of questions by e-mail. According to Lauer, Health Canada works with the provinces and territories to develop and maintain drinking water quality guidelines. “For each drinking water contaminant, a comprehensive systematic literature review is conducted, which includes all available relevant peer-reviewed, published scientific studies and approaches, incorporating the latest information and research into the health effects associated with the contaminant,” Lauer wrote, describing a process akin to the EPA’s. Reviews in other jurisdictions are considered, and there’s a web-based public consultation.

Colleen Cooney said Health and Welfare Canada told her in 1993 it followed U.S. EPA guidelines for perc. Then, two years later, the department set the standard at 30 ppb, six times the EPA number. Sara Lauer wrote, however, that this standard is currently being updated. “The consultation document is being prepared for publication on the web, expected to be posted over the summer,” she explained. “Advances in science […] are allowing for more precise understanding of the health effects and levels of exposure which will likely affect the guideline value.”

Canada’s provinces and territories largely use federal drinking water quality guidelines since they’ve helped to produce the documents. In Ontario, once the guidelines are published, they’re reviewed by the Ontario Drinking Water Advisory Council (ODWAC), a body created in 2002 following the Walkerton tragedy. ODWAC then makes a recommendation to the minister on whether Ontario should adopt the guideline as is or set a more stringent standard. The Ministry also consults with the Ministry of Health and Long Term Care and with municipalities prior to proposing a standard, and the process undergoes further public consultation through Ontario’s Environmental Bill of Rights. Tim Fletcher, acting manager of water standards with Ontario’s Ministry of the Environment, said the province embeds the numbers into its own rules and procedures, including the Safe Drinking Water Act, and has never loosened guideline numbers.

As for the interim guidance value of 65 ppb for perc, which the Ontario environment ministry requested and Health and Welfare Canada approved in 1992, a Ministry of the Environment memo dated February 27 of that year noted the guidance value “is based on the most recent information and is the most appropriate guideline for assessing the acceptability of tetrachloroethylene-contaminated drinking water supplies in Ontario.” Tim Fletcher said interim guidance values are occasionally used to “provide quick advice, usually in an emergency situation such as a spill, to the jurisdiction so that immediate decisions can be made.”

John Fawell of the World Health Organization (WHO), which Cooney also contacted in 1993, said decisions about standards are complicated and the agency expects jurisdictions to adapt its own numbers—40 ppb currently for perc—to their own unique circumstances. “Sometimes the decisions are quite difficult because if you have existing pollution or a problem with a particular factory you may not be able to do anything straight away,” said Fawell, a scientist who specializes in chemical risk assessment and sits on WHO’s drinking water quality guidelines committee. He said jurisdictions adopting guidelines that can’t be immediately attained actually risk creating a false sense of security. Fawell added he’s satisfied WHO standards err on the conservative side and believes a few micrograms don’t necessarily make a huge difference toxicologically.

Michael Gilbertson, a retired biologist who used to oversee work on Great Lakes water quality objectives, took a different view, characterizing the inclusion of non-scientific considerations in determining safety standards as horse trading. “It’s a negotiation in which the economic impacts of a particular number are negotiated against the toxicological evidence,” he said. “The big implication that comes from all of this is there are some substances which should be zero—and I mean zero—and we should ban those substances because they’re already causing too much damage.”

So, is external pressure unduly influencing the setting of standards? Gilbertson worried about impacts on fetal and child development and the onset of puberty, and also on older people, and saw “enormous pushback to try to disprove that these effects are actually occurring.” For his part, John Fawell noted that “sometimes there’s an inappropriate influence to get lower numbers because politicians have an axe to grind, and you’ll also find you’ve got pressure from the other side if it’s going to damage their industry.” On the whole, though, Fawell said governments generally understand that putting undue pressure to produce higher or lower numbers “is not a good idea because sooner or later they’re going to get found out.”  WC