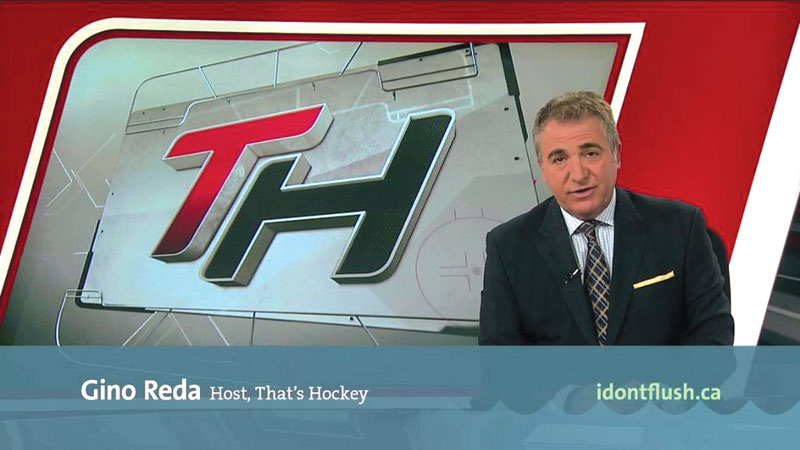 It should come as no surprise that wastewater operators continue to be plagued by non-flushables on a daily basis. Dental floss, personal care products, paper towels, cotton swabs, and even toys are just a few of the items wreaking havoc on our treatment systems, and the damage can be clearly seen in images of blocked and clogged sewer mains (bit.ly/TheToiletToll).

But what about the damage we cannot see? Items that have less visible impacts on the sewage system are constantly being flushed down the toilet, like solvents; fats, oils, and grease; and household hazardous wastes. Instead of forming a mass and coiling around drains and mains, these elements remain undetected before being released back into the environment.

Pharmaceuticals are just one example of an unseen element, often making their way into the environment through improper disposal when people throw unused or expired medications down the sink or toilet. Even when thrown in the garbage, pharmaceuticals can either seep into groundwater or accumulate in landfill leachate, which is typically sent to a wastewater treatment plant for disposal. Many people are unaware pharmacies and municipal collection centres will take back unused medications for proper disposal in a controlled environment.

To educate the public on proper disposal methods of pharmaceuticals and other non-flushables, the Ontario Clean Water Agency (OCWA) and the Clean Water Foundation (CWF) teamed up to create an awareness campaign. The I Don’t Flush campaign encourages Ontarians to bring their unwanted medications back to pharmacies across the province and consists of a public service announcement (PSA) that features notable Ontarians, a social media presence, and a series of public events. The campaign was developed as an accompaniment to the A Prescription for Clean Water initiative launched by OCWA and CWF in 2012 after stories of prescription drug abuse among youths led to concerns that worried parents would hastily dispose of unused medications.

While discussing the future of A Prescription for Clean Water, the working group began brainstorming ways to promote the message more broadly. “We wanted to create something memorable that would really grab the public’s attention,” said Amy Lane, OCWA’s corporate social responsibility specialist. “We were throwing out all kinds of crazy ideas and I Don’t Flush came up. We laughed initially, but we all knew we had hit a winning combination: a little cheeky and fun, but with the right messaging.”

The plan was to create a PSA that would point people to the I Don’t Flush website to learn more about non-flushables and to find nearby participating pharmacies using a tool courtesy of the Health Product Stewardship Association. From there, the I Don’t Flush campaign started to build momentum. York and Peel regions both expressed interest and came on board to support the campaign, and several notable Ontarians signed on to be featured in the PSAs and on the website.

“We were delighted to have so many talented and committed Ontarians sign on as supporters for I Don’t Flush—everyone from ET Canada’s Rick Campanelli to TVO’s The Water Brothers and TSN’s Gino Reda,” said Christopher Hilkene, the president of CWF. “The combination of interesting personalities lent itself to a really fun message with a serious undertone, which is about stewardship of the environment and protecting our drinking waters.”

In the end, two PSAs were created: one for a traditional broadcast like television and radio, and a longer, more humourous version for social media purposes, where organizers are certain the campaign will have a large presence.

While the campaign only officially launched in October 2014, organizers are already looking ahead to potential initiatives and opportunities for 2015.

“The way the thinking is going is to engage a broader section of the municipalities here in Ontario,” said Nick Reid, executive director of strategic partnerships at OCWA. “We’d like to reach out to municipal groups with common interests to expand the program in 2015, and we have high hopes for the sector to see the program as a success and for it to gain a lot of momentum into the future as we continue to face challenges around the sustainability of our infrastructure.”

He also stressed the urgency of the campaign since the public currently uses collection systems in ways that jeopardize their capacities and abilities to do their jobs. Pharmaceuticals and trace contaminants are often seen as being a future concern because, unlike visible garbage, the financial impacts on municipalities are not as obvious.

“Maybe someday the issue of pharmaceuticals will hit the wallet and they’ll have to put in a treatment technology,” Reid said. “But for the sake of the future, we can at least start influencing behavioural change now.”  WC

Visit idontflush.ca or visit the campaign’s Facebook page to view the PSAs.